Australian Labradoodle’s history began in 1988 in Australia as a response to the growing demand for allergy friendly dogs, but at the same time assistant dogs willing to cooperate with people.

In Hawaii, there was a blind woman who needed a guide dog. Unfortunately, her husband was allergic to the dog's coat and could not have any known "non-allergy" breeds at home.

It was then that Wally Cornen working at the Australian Working Dogs Association came up with the idea of a cross between a Poodle and a Labrador Retriever. Three puppies were born, one of which was sent to Hawaii and served as a blind woman as a guide dog. This cross was called Labradoodle.

The pairing of these two breeds was continued to obtain non shedding dogs, which are friendly to people with allergies.

In 1989 Ruthland Manor Breeding and Research Center and Tegan Park Research and Breeding Centre were established. Both centres crossbreed genetically tested animals to end both lining and genetic diseases that burden Poodles, Labrador Retriever and the Cocker Spaniels.

In this way, over many years of hard work a true, multi-generational Australian Labradoodle was born, dog of an unusual character and characteristics.
We are proud member of 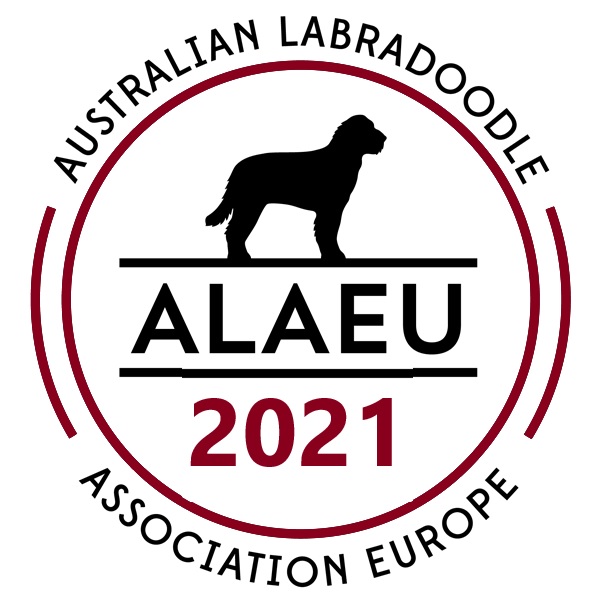